“Pass the right information. Ebola no be airborne.”

This issue is one that hits close to home. The 2014 Ebola outbreak is one of the largest Ebola outbreaks in history and the first in West Africa. It has now being declared a global health emergency by the World Health Organization (WHO) and is affecting four countries in West Africa: Guinea, Liberia, Sierra Leone, and my beloved home country of Nigeria.

The statistics are alarming. According to the CDC as of August 21, 2014:

Mind you, this disease is NOT Airborne, yet the death toll is shockingly high.

A significant challenge is getting the right information on prevention and treatment to the population. Unfortunately there are some folks who believe Ebola can be cured with traditional medicine – which quite frankly is just wrong – along with other rumors and misinformation being passed around. The problem here is lack of information and more specifically, the RIGHT information. So the question is how do you disseminate and tailor the public health campaign for the target population? I’m glad to see some folks figured this out for Nigerians. I really love the commercial below – Educative with a dash of humor (FYI they are speaking in Nigerian pidgin English):

And this Ad directed to the people of Lagos, Nigeria (where I am from) 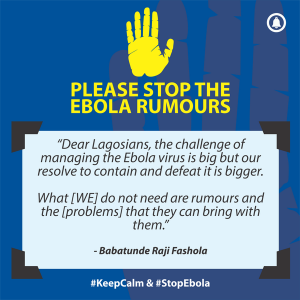 My hope is that this campaign reaches the masses and reduces the spread of the fatal disease, along with the violence and instability that has resulted.

Together, we can fight ebola.

Hi I'm Aderinola Adejare-Smith, but friends call me Derin. I've been blogging my journey to and through medical school (Ohio State Med Class of 2020 #GoBucks), and now as a resident physician, through my Anesthesiology training. Here you'll find tidbits about my life as a wife, christian, resident physician and more. Come join my fun ;-)

"When you learn, teach. When you get, give." - Maya Angelou 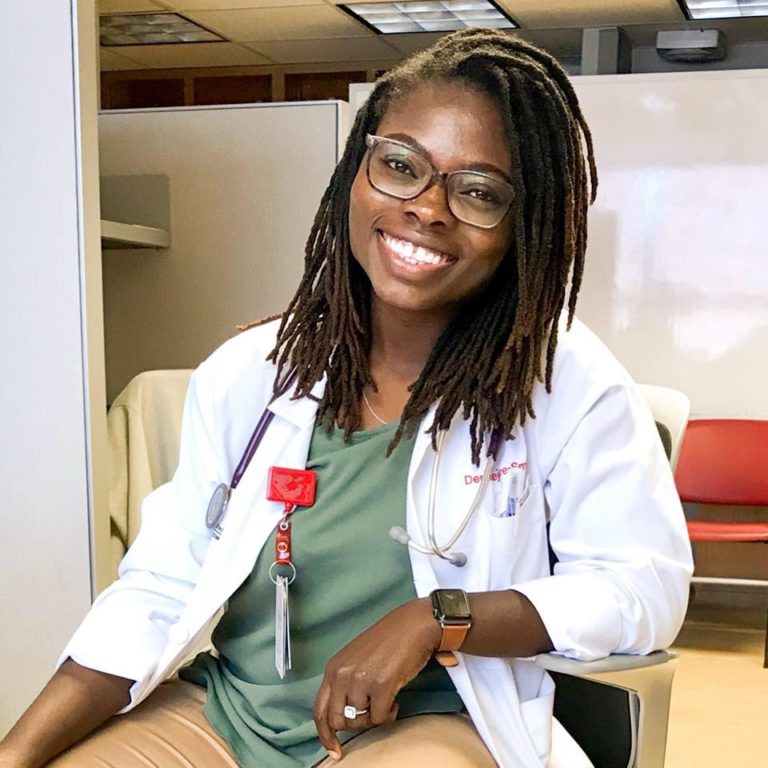